this is a Canada we never knew of

and we lay our stories down
like stones in the path to nowhere
we say what happened to us
and we are given absolution
for the sins committed against us
and we say that the world is amok
that we have no power
and all we can do is use our words
the leaders are all taken by surprise
and the courtesy of our hires
is a pretence
that is only detected
by contact
we understand the veneer
on the wood of it all
and are dismayed
but what can we do?
we change the tablecloth of government
again and again
at the provincial and federal levels
and yet we are the same
waiting for democracy
to happen


and we lay our stories down
to find out
that there was a Canada
we never knew about
that was hidden from us
we stand aghast
when we find out
that the little children
were betrayed by government
we say their names
and we publish the records
in endless cycles of disbelief
as if we are strangers
to the history
of our own country
what happened here?
where was the rule of law?
and what sort of law allowed
this despicable history?
this is a Canada we never knew of

In collaboration with Jeff Lemire, the animated film pays tribute to Chanie Wenjack 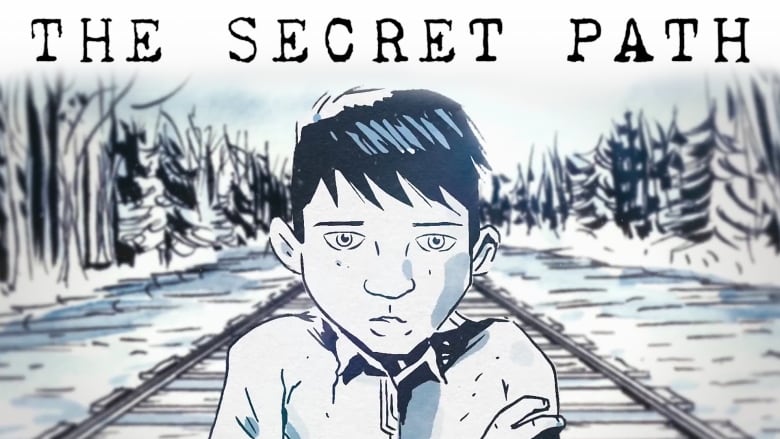 On October 22, 1966 near Kenora, Ontario, Chanie Wenjack died when he walking home to the family he was taken from over 400 miles away. Fifty years later, Tragically Hip frontman Gord Downie has taken Wenjack's story and turned it into the Secret Path project, which consists of a solo album, a graphic novel and an animated film. The intention for Downie — went public with his diagnosis of terminal brain cancer in May — is to utilize his celebrity to draw attention to Wenjack's story and the legacy of residential schools.


" Secret Path acknowledges a dark part of Canada's history – the long-suppressed mistreatment of Indigenous children and families by the residential school system – with the hope of starting our country on a road to reconciliation," the project's website states.

Downie's music and award-winning cartoonist Jeff Lemire's illustrations also came together in an animated film that was broadcast by CBC in an hour-long commercial-free television special this past Sunday — you can still stream it here on CBC Arts.
How can Chanie Wenjack's story make a difference? Immediately following The Secret Path broadcast, CBC live-streamed The Road to Reconciliation, a special one-hour panel conversation with CBC's Jesse Wente, filmmaker Tasha Hubbard, and National Centre for Truth and Reconciliation director Ry Moran, live from CBC's Glenn Gould Studio in Toronto. In an engaging discussion, these Indigenous leaders will reflect on how art can help us face the past and work together to change Canada's future. The panel can be streamed in Canada and worldwide at cbc.ca/secretpath.
Read more about Secret Path here.
Report Typo
https://www.youtube.com/watch?v=yjJXD4XNrPk&list=RDyjJXD4XNrPk#t=2

Dichrome - A Short Film By Weston Snider https://filmfreeway.com/WestonSnider Weston Snider is a 15 year-old filmmaker from Rosebud Alberta. He has been making little films since the age of 6 but only started taking film seriously at the age of 13. He hopes to make his mark in the industry as he continues to learn and make films in the future.