An environmental scientist from Alberta says Newfoundland and Labrador should wait for more research before allowing hydraulic fracturing in this province. Jessica Ernst, who said the drinking water in her home was contaminated by nearby fracking, was in Stephenville over the weekend to give a lecture on the process. She said companies don't present all the facts before fracking in an area. "The big thing about when you do get fracked [is] it's lots of lies and promises. Then as soon as you're fracked, then the promises are broken and the lies unravel," Ernst said.

It is hard to remain positive about democracy when you see the lawyers in the Progressive Conservative Party of Alberta tie up the citizens so that we have no rights at all in terms of prosecuting criminal acts by our own provincial government and it regulatory agency.
In other words--in Alberta --it is lawful for a regulatory agency that is in charge of the oil industry to do whatever the heck it wants to do and citizens cannot sue them.

Jessica Ernst has launched a $33-million lawsuit against the Alberta government, the province’s energy regulator and energy company Encana.

ROSEBUD, Alta. — An Alberta woman has lost a round in her legal battle against the contentious process of hydraulic fracturing.
Jessica Ernst launched a $33-million lawsuit against the Alberta government, the province’s energy regulator and energy company Encana.
She claims gas wells fracked around her property in southern Alberta unleashed hazardous amounts of methane and ethane gas and other chemicals into her water well.
An Alberta Court of Queen’s Bench judge has ruled Ernst can’t sue the regulator because under provincial law it is immune from private legal claims.
Ernst says she plans to appeal the ruling, and says the lawsuit against Encana and the provincial government will proceed.
In its statement of defence, Encana denies all of Ernst’s allegations.
“It is worrying that citizens are unable to hold the energy regulator accountable for failing to protect citizens from the harmful impacts of fracking,” Cory Wanless, a lawyer for Ersnt said in a release Wednesday.
Hydraulic fracturing involves pumping water, nitrogen, sand and chemicals at high pressure to fracture rock and allow natural gas or oil to flow through wells to the surface.
In his ruling, Chief Justice Neil Wittmann dismissed an application by the Alberta government to remove some other parts of Ernst’s lawsuit that involve the province.
Wanless says the Alberta government has not filed a statement of defence in the case.

Wow.
What does this say about the state of democracy in Alberta?
I'd say its in a terrible state.

But when the citizen has been impacted and has a case, why would they not be allowed to do this matter? In this case, the constitutional rights of Ms. Ernst were impacted as noted by the judge and yet no--problem--what the heck?

The government of Alberta and its regulatory agency can walk over our constitutional rights and you are all going to stay silent about this?

Or are you all so burned out that you are just waiting for the next election?

This sort of high handed corruption of the role of government must not be tolerated by citizens.
We are given constitutional rights that we exercise at our own risk in Alberta.
Then to have the added slap on the face --of knowing that these constitutional rights that we bravely exercise can be ignored by the AER and the government of Alberta without any sort of punishment or discipline--and we are to accept this?
I'd say no.

I'd say we need to yap to the government to ensure that we do have the sort of democratic government and oversight by a regulatory agency that is required for Albertans and not this Putin type immune governance.

Are you all silent because you understand fully that we have been outmaneuvered and there is nothing to do until the next election?


When will you all see that it's not just about fracking--it is about information control, the subversion of the truth into lies, the failure of our government to represent us in favor of supporting the oil industry--and yes--their utter betrayal when rural Albertans have been harmed significantly by the mistakes or negligence of big oil?

When will you all see that this is about democracy?

And what will we do when our aquifers are contaminated?

Heck they may already be contaminated.  Where are the water testing results? 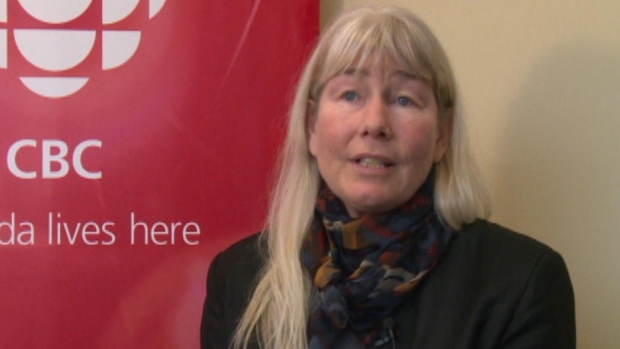 Environmental scientist Jessica Ernst says government needs to be make sure they're getting all the facts before allowing hydraulic fracturing to happen in their communities. (CBC)
An environmental scientist from Alberta says Newfoundland and Labrador should wait for more research before allowing hydraulic fracturing in this province.
Jessica Ernst, who said the drinking water in her home was contaminated by nearby fracking, was in Stephenville over the weekend to give a lecture on the process.
She said companies don't present all the facts before fracking in an area.
"The big thing about when you do get fracked [is] it's lots of lies and promises. Then as soon as you're fracked, then the promises are broken and the lies unravel," Ernst said.
She said she worked in the oil and gas industry for 30 years – even working on a few contracts for companies who used the fracking process. But when she realized what happened to her own water, she began more research on the process.
"The government was promising Albertans saying, 'Oh, no, no, no, this is not going to happen here,'" she said.
"You are being told here [in Newfoundland and Labrador] that it's different geology in Rosebud, [Alberta]. We'll never allow what happened there to happen in Newfoundland. But they told Albertans that, and they had already fractured right into our drinking water supply."
Ernst points to recent revelations about the academic credentials of Louis LaPierre, who has put together multiple reports for New Brunswick about fracking, and was quoted by Natural Resources Minister Tom Marshall.
It was discovered that LaPierre's PhD was in education, not science, and he admitted to misrepresenting some of his credentials.
Ernst said that's a perfect example of what the industry is like.
"I think what happened with Dr. LaPierre is exactly what is the problem with hydraulic fracturing – it's a great big fraud," she said.
According to Ernst, communities need to be vigilant about fracking to keep companies – and government – accountable.
"Watch all the things going wrong, look at all the contamination cases – there is now health concerns coming out. There is science showing greater risk of cancer and neurological problems near fracked sites. Do you want to do that to your people here?" she asked.
"So wait. A wise man learns from the mistakes of others."

https://filmfreeway.com/WestonSnider Weston Snider Writer, Producer, Director, Cinematographer, Editor. Bio Filmography Details Contact Email Instagram Weston Snider is a 18 year-old filmmaker from Rosebud Alberta. He has been making little films since the age of 6 but only started taking film seriously at the age of 13. He hopes to make his mark in the industry as he continues to learn and make films in the future. Filmography Director (3 Credits) Torture Garden2022 Music Video, Student In the name of the Ultra, the Bear, and the Holy Go2020 Documentary, Short, Student, Other Dichrome2019 Short, Student Producer (2 Credits) Acting (1 Credit) Writer (1 Credit)

Dichrome - A Short Film By Weston Snider https://filmfreeway.com/WestonSnider Weston Snider is a 15 year-old filmmaker from Rosebud Alberta. He has been making little films since the age of 6 but only started taking film seriously at the age of 13. He hopes to make his mark in the industry as he continues to learn and make films in the future.